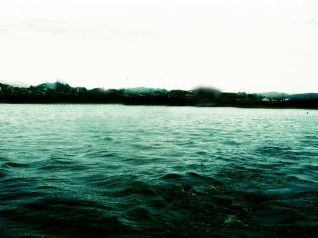 When I was first exploring more casual relationships, this was also the first time that I was seeing/dating men in the Pagan community. I immediately ran into the social complexities of that. I had just finished the leadership program at Diana’s Grove, and I was realizing how very, very quickly a bad breakup could lead to disharmony. I think I managed to keep on good terms with most of those guys, but I recognized that the whole prospect was fraught with peril.

*** Note: This series of articles goes into me exploring what relationships mean to me, and what I want out of relationship. As I tend to, I write this from a pretty open/vulnerable place, but it might be TMI for some folks. Thus, you’ve been warned. ***

Heck, I realized there was even a challenge just by connecting to Pagans on an online dating site. Imagine; I’ve been talking to a Pagan guy for a while via an online dating site, and then I realize I’m not interested in him romantically…and then I run into him at a local Pagan event. That leads to awkwardness at the very least, if not worse. If we’re both just attendees that’s one thing, but when I was in the position of running events and leading workshops and rituals, the potential for complicated group dynamics increased. Or, if it turned out that they were the leader of a Pagan group I was thinking of working with.

Hurt feelings over romantic rejection have fueled more than a few Pagan conflicts. And, on the flip side, I was becoming more concerned that my position as a leader/teacher/ritualist would cause a power dynamic. How could I know whether someone was genuinely interested, or whether they were just attracted to the “glamour” as it were? You can see where this all starts to get complicated, and that’s before any actual dates/relationship have happened.

I faced this scenario with a number of the men I briefly became lovers with: We went out, maybe had sex, and I realized that we weren’t really compatible. In some cases I liked them as friends, but not romantically, but didn’t want to hurt their feelings…and yet, I certainly couldn’t keep having sex with them just to not hurt their feelings. And in our society, we are trained to take it as a personal affront when someone “friendzones” us. I mean, I know I’ve struggled to have better boundaries around the fact that some men just aren’t going to be attracted to me, and that’s not a judgment against me, it doesn’t mean I’m bad or not attractive, it’s just that people have preferences. Chemistry is a factor. You can’t “make” someone be attracted.

So frequently, I wish I could simply say, “I’m just not that attracted to you,” or, “The way you have sex isn’t really compatible with what I need,” or whatever the issue happens to be, and have that be ok.

During this time period, I also hooked up with a guy who turned out to be not polyamorous, but a cheater. He had told me he was poly before we got together. I discovered that he was, in fact, a cheater while he was driving 6 hours to Chicago. He was going to be in town for something and we decided to get together again so he was going to stay at my place. While he was on the road, his girlfriend instant messaged me in a panic; she’d logged onto his computer and found my information. I talked to her for about 5 hours and discovered that he was a chronic cheater. When he arrived, I told him he could sleep on the couch.

Here’s the rub. He and I had met on an online dating site but we’d first met in person after he attended a Pagan event I helped to organize. And his girlfriend identified as Pagan as well. She was absolutely enraged and in tears and she said, “I’ve heard so much good about this Diana’s Grove place, I’ve always wanted to go, but to find out that one of their leaders would cheat like this, I never want to go there ever.” I sat listening to her pain for hours, and it took that long for her to understand that I was in the dark on this. That I had thought he was polyamorous because that’s what he told me.

Hopefully you can see the impact of one little thing; one date, one time having sex, one relationship, can have huge ripple effects. You make a mistake, or someone takes offense at something, and people get hurt.

After that span of months I was really unsure what to do about relationships. And I was really longing for the simplicity and stability of a monogamous relationship again. Dating is a lot of work for an introvert! It takes time to vet people, to get to know them, to meet them, to discover if there’s chemistry…and for me, having sex for the first time is fraught with peril; without diving into TMI land, I have a few issues that make sex with someone for the first time a little difficult. And, because I know that, I have some anxiety around it, which makes that even worse.

When I’m considering having sex with someone, I first engage in a lot of transparent communication about what works for me, and what doesn’t. I can’t even tell you how many men have told me, “It’s all good, we’ll do whatever you need,” or “Yeah, that sounds hot, that’s cool,” and then in actual practice, they were quite disgruntled to do anything different from their usual.

I will say that this particular time period in my life did at least give me the skills to get better at weeding people out based on their behavior either via email, instant messenger, or phone chats. “Baby, you’ve never been with me before” is a big old red flag that is now almost a sure-fire way to get me to say “No, I won’t go out with you. Bye.”

Thus, when I met Mark, it was all too easy for me to fall into a relationship with him. He was a motivated community organizer that shared a fair percentage of my geekdom. I did resist it at first, and we talked a lot about the impacts of dating within the community, particularly at the leadership level. He seemed reasonable and grounded, at the time, so I fell for that. Of course, what I didn’t realize at the time is that he was cheating on his wife with me; he’d said their relationship was over. I’m upset that I’ve been fooled by that more than once.

I’ll fast forward through most of that, but I’ll touch on this point: When he cheated on me for the first time a year after we started dating, it was with a woman that I actually liked rather a lot. She had been polyamorous for a long time, and she had been shocked when she found out that he was cheating and that he wasn’t actually in a poly relationship. I invited her over to confront Mark, and the three of us talked things through like adults. I’m sad that I didn’t get the chance to know her better. In a different time, in a different place, I’d have been happy to be her “metamor.” That’s a word I learned that night–the lover of your lover.

I think that might have been the first time I ever seriously thought that I could have a friendship connection with someone that my partner was dating. I’d always thought that, in that scenario, I’d automatically feel antagonistic, and I didn’t. (Because it’s tangentially of interest, fastforwarding in time again, I’ve become friends with a number of the women Mark’s been in relationships with, whether women he cheated on me with, or women he dated after me.)

Mark agreed to go to therapy, and I began considering the notion of what it would look like to be in an open relationship. I was clear that I wasn’t ok with opening up our relationship until he could get a hand on his compulsive cheating, but I also recognized that I just didn’t have enough libido to keep up with him.

And of course–those of you who have been through this particular excruciating phase of a post-cheating relationship will probably resonate a lot with this. The problem with trying to rebuild after cheating is that sex can rebuild intimacy…but I was dealing with depression and I had almost no libido at all. I couldn’t keep up with him before the cheating, and after, I had even less desire for sex.

If you’ve read my Pagans and Predators series, you’ve read a fair amount about the latter stages of my relationship with Mark. More cheating, more betrayal. The thing was, I’d have been mostly ok with him dating other women if I genuinely thought that he’d still come home to me, but I could never trust that.

The other concern I had came from my own experience dating within the Pagan community, and watching other Poly people navigating that. I think there’s a math algorithm there–the more Pagans you date, the more likely you are to run into a community-destroying breakup catastrophe.

I’ve also found that Polyamory/Swinging/open relationships in general are also a compounded risk because if the relationship between two people doesn’t go well (or end well), each person’s other partner or partners sometimes get involved in the fallout.

I trusted my judgment, but I didn’t trust Mark’s. And, that’s for pretty obvious reasons at this point.

More than that, I wasn’t sure what I wanted to do. When I was married and we opened up our relationship, I didn’t ever date anyone. When I’m already in a relationship, I just don’t have the desire to go out and date people; meeting new people is tiring and exhausting. I’m an introvert, not an extrovert. Extroverts tend to thrive on meeting new people, they love the newness of it. For me, that’s work. And even if I end up liking that person, it’s still work. Because then the relationship has to be maintained.

And, let me be totally honest here: One of the biggest complaints I’ve faced in my long-term relationships is that I don’t pay enough emotional attention to my partner.

I face this weird paradox; men fall for me and they are in love with my passion and my creativity. They love my artwork, my writing, my event planning; they love the spark and fire and what I throw into that work. And they want me to turn that love and focus onto them.

I’ll be honest again: I’ve never felt that way for anyone I’ve been with.

In the past I’ve joked that I can’t really be polyamorous because I just don’t have time for more people. “My work is my primary relationship,” I’ve said. And in the past years, that really has become true in so many ways. And yet, I also don’t seem to be “present” enough when I’m in a monogamous relationship for my partner to be satisfied with the time I can give them. This has left me with a lot of confusion about what to do about relationships.

Links to the whole series: