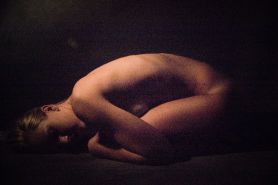 I’ve had a few questions lately related to aspecting and trance possession, so I thought I’d do another couple of posts on the topic, specifically on how to approach aspecting/drawing down when you’re a pantheist, atheist, or generally working with deities as archetypes instead of as polytheistic gods. I also want to get into some of the ecstatic trance techniques I use and how those can be used with aspecting and drawing down.

I wrote a longer series of posts for HumanisticPaganism.com on my general approach to deity and archetype in ritual. I wrote the Pantheism, Archetype, and Deities in Ritual series in response to a request from blogger John Halstead, but also in response to technical/ritual facilitation concerns I had from this article on the Atheopaganism site. My issues aren’t with the theology of the author–they’re with the ritual techniques that work to get people into “the zone.”

But the post does bring up the struggle of working with deities as myths and archetypes when you have an atheistic/humanistic view, because it’s a challenge.

How do you work with these in rituals, how do you still have a powerful ritual, without betraying your theological and philosophical beliefs?

If you want more of a background on my theological approach to ritual, here are links to the whole series of posts. Part 3 goes specifically into my approach on aspecting and trance possession when we’re talking pantheistic archetypes vs. polytheistic deities, but I’ll repeat a bunch of it here in an abbreviated form for context.

I’m a pantheist/archetypist. I’m barely a theist; I have had mystic communion experience with the divine, and specifically, with deity forms, but I see these very much as masks/filters/lenses through which I’m connecting to that larger/incomprehensible whole. I see the archetypes/deities/heroes as stories with a certain amount of invested energetic power. As part of that larger whole. I can’t quite call myself an atheist.

When I teach ritual facilitation, I almost exclusively focus on logistics and techniques. I use ecstatic techniques because they work. Singing, dancing, breathing, drumming…these evoke a trance state. It’s just science.

When I facilitate rituals, I do refer to them as gods and deities, and sometimes by name if we’re working with a particular story, but I usually make it clear before the ritual starts that I don’t really care what someone’s theology is. People can join my rituals if they are polytheists and believe in them as distinct gods, if they are pantheists, if they are atheists who just see them as archetypes. I’m still going to use the word gods for ease of use.

Well–unless it’s a hero story like King Arthur, etc. But in almost all other cases, I’m comfortable using the language of myth and deity because it’s effective. For me, it’s important to let people know that I’m not really trying to teach theology. When I lead a ritual, I’m just trying to get people to “the door,” as it were. I’m not there to tell them what’s past the door, what it looks like. I’m not there to preach my own theology. I’m just trying to help them get to a state of consciousness where they can have a potent experience.

There are several terms for the function of invocation, and they have slightly different nuances. There’s drawing down or invoking, there’s trance possession, and there’s aspecting. Aspecting is a term more often used by Reclaiming, and some other traditions. Aspecting holds the connotation that the human aspecting the deity is in control of the process, and that they aren’t being fully 100% possessed. Whereas trance possession holds the opposite connotation, that the human being the “vessel” or doing the “horsing” is blacking out and not going to remember what the deity did while in their body.

There’s another word I sometimes use, “Embodying,” which is a lighter version of aspecting. I use this when I mean that someone is either doing a light aspect of a deity, or even just speaking (in first person) in the voice of the deity. And, this is something I do for deities (like Hephaestus or Brigid) or more gender-neutral archetypes (The Worker at the Forge) or for hero/story characters (King Arthur, the Lady of the Lake, Merlin).

Terminology is difficult. Even the word “invoking” has different meanings depending upon tradition. The way I learned it through Reclaiming and Diana’s Grove, “invoking” just meant “inviting that spirit/deity/energy into the ritual space” vs. horsing the deity/spirit in someone’s body. We called that aspecting.

The Atheopaganism article offers the idea that atheist Pagans would make it clear that, even if they’re talking about a particular god or goddess, that they make it clear that it’s “just pretend.” My issue with the idea of clearly stating that we’re just pretending is that rituals, and in specific, engaging the trance state, doesn’t work very well with this. You’ll lose a lot of your ritual power if you keep reminding people they are pretending.

One of the most powerful pieces of ritual technique is engaging a trance state, and if you keep reminding people that this is all pretend, you’re going to keep yanking them up out of it.

There’s a ritual axiom I use; don’t use transitions like, “And now we’re gonna raise energy,” or, “And now we’re gonna talk to the mask of god that isn’t a real god, just a mask,” or something else that takes people out of the groove. I personally think that it’s sufficient to lay my own theology out on the table before I facilitate and empower people to make their own choices about how they work with gods/archetypes.

The anthropomorphization of deity, and connecting to those huge forces via a proxy/mask in ritual is incredibly potent. It’s why we have statues and paintings and shrines to deities. It’s why we have ritual theater, it’s why we have aspecting and drawing down in ritual. The science of it is in trance work. When you close your eyes and imagine an experience, your mind can make that experience very real. Hypnotherapists can use this to help people re-imagine and re-remember an old painful memory but with a different outcome. It’s transformative.

One of the reasons it’s important to work with what gets us into trance, and to not fuss so much about whether or not it’s “real,” is because it’s difficult enough to engage the trance state. If you’re trying to work with a deity or archetype in a ritual and trying to get the group to buy into the concept, if you keep yanking them back, no amount of ecstatic techniques will work because everyone’s going to be self conscious.

And if you’re trying to use singing and chanting in order to get someone trance possessed/drawing down/aspecting, and you keep pointing out that we’re “just pretending,” you’re going to shoot yourself in the foot.

But what if you want to use some of those techniques for aspecting work? How do you do that? What techniques will work?

I’ll go more into using singing and chanting, and other ecstatic techniques in aspecting in my next post, because that’s a complicated topic all its own.