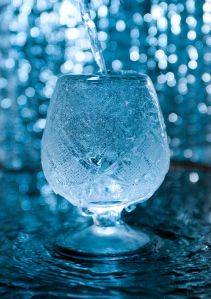 A lot of the activism that I do is what I would call “everyday activism.” It’s things that you can do in your own life to begin to live in the world you want to be in, change the world around you, by first changing yourself and becoming the person you want to be. Some of this kind of personal transformation work can be very difficult. It’s often just as challenging, if not more challenging, than front-line activism at a protest.

One area that has taken a lot of personal work on my part is around personal boundaries. I’m not necessarily talking about energetic shielding, though that’s tangentially related; I see a lot of Pagans talk about magical shielding practices, but few Pagans who are actually doing the personal growth work to develop healthy boundaries.

END_OF_DOCUMENT_TOKEN_TO_BE_REPLACED

It simply boils down to this. Either you can let your civil rights be taken away inch by inch, or you can stand up. Standing up is hard. When an abuser “, grooms” us they take, inch by inch, our rights. We’d never put up with the end-game right off the bat. But trample a right here, bend a rule there, and eventually we’re living in George Orwell’s 1984.

It’s not to say that a lot of protestors and activists aren’t dumbasses. Some are, and if you’ve watched the streaming videos of the protests you’ve probably seen a few. Some have so much rage and anger and rebellion boiling up inside of them, they are so incensed at the encroachment on our rights, they get angry and they make stupid decisions. And it’s not to say that the protests are always well-organized. There’s not always an overarching strategy on what “winning” looks like, which can make it frustrating to engage. I have found myself frustrated with this.

END_OF_DOCUMENT_TOKEN_TO_BE_REPLACED

The “animal sacrifice” question comes up for Pagans with some frequency. When politician Dan Halloran was outed as Theodish (Norse Reconstruction), several journalists were quick to mention that his Norse group did animal sacrifice. They did also reference it in context, quoting people that indicate it’s similar to Jewish Kosher meat, where the food is eaten after. ingested after.

However, somehow the combo of animal sacrifice, and the insinuations that many Heathens are white supremecists, led a number of liberals to vehemently protest Halloran, calling him an anti-Semite, Neo Nazi, among other things.

Getting back to animal sacrifice, one of the first things I was taught to say, when explaining Paganism, is, “We don’t sacrifice animals, we aren’t evil.” And yet, the sacrifice–they ritual killing and eating–of animals is not necessarily a terrible thing.

END_OF_DOCUMENT_TOKEN_TO_BE_REPLACED 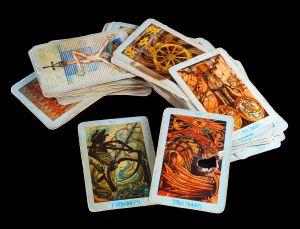 I once read an online conversation where Pagans were discussing the necessity of cleansing magical tools when they’ve been handled by someone. One person posted that if someone has touched your Tarot deck, or if it’s a used deck, you’re better off throwing the old deck away and going to the store to buy a new one.

I wonder where the Pagan insistence on “new” tools comes from.

I wonder if it has any magical basis at all, or if it’s more of a construct of the same “buy more buy more buy more” media engine that tells us that we can’t possibly be happy with used furniture or used clothes, that there’s something somehow unclean in using used items.